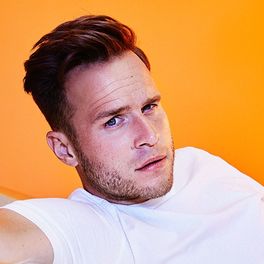 You Know I Know (Expanded Edition)

In Case You Didn't Know

From a Latvian background, Olly Murs was born and raised in Essex and had been working in a call centre before his boyish looks and natural charm won the hearts of British viewers with his energetic performances in the 2009 series of The X Factor; eventually finishing runner-up to Joe McElderry. Robbie Williams, who sang Angels with him during the show, became one of his most influential fans and after playing at Robbie's Soccer Aid initiative and performing on The X Factor live tour, Murs finally released his first solo single Please Don't Let Me Go in August, 2010. It went straight to Number 1, beating Katy Perry's Teenage Dream into second place before Murs was himself knocked off the top spot one week later by another former X Factor winner Alexandra Burke with Start Without Me. "I'm the same person in every single performance," he said, when asked to explain his popularity. "I showcase my personality in my music so that's probably why people like me." Artist biography compiled by BDS/West 10. All rights reserved