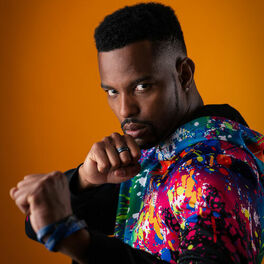 Wait For The Summer (BROMIE Remix)

Wait For The Summer

Music from Franklin and Ghost: The Animated Series

Shao Dow is a professional rapper, manga author and possible ninja. Equipped with a law degree and having studied Shaolin Kung Fu in China, Shao Dow utilises the tenacity and determination he learned from his martial arts training to independently forge his music career. It's little wonder Shao scooped the 2017 AIM Award for Hardest Working Artist - he has self-released three albums, which have sold more than 25,000 copies, created a headphones brand and published a manga book through his own company, DiY Gang Entertainment. The London-born artist makes a full-time living from his music, manga and merchandise and has even appeared on ITV's Ninja Warrior UK. He was recently invited into Parliament to speak on behalf of grassroots music venues across the country. Shao Dow has opened for the likes of KRS-One, Wiley, Ghetts, Stormzy, Tech N9ne, 6LACK, Skepta and more, while his live shows have taken him across the UK, Europe and Asia. A truly unique Fire in the Booth with Charlie Sloth is the jewel in the crown of a plethora of radio shows, including Radio 1, 1xtra and BBC 6 Music. Charlie Sloth "One of the hardest workers I've ever met in this" Red Bull Music "ShaoDow approaches everything he does with the same tenacity and discipline: you wouldn't bet against him." Tom Robinson (BBC 6Music) "A brilliant rapper with a wonderful flow" DJ Semtex (Captial Xtra) "One of the hardest working MCs in the game out here" Alex Baker (Kerrang Radio) "An incredible rap artist, he just grafts and I have so much respect for him"