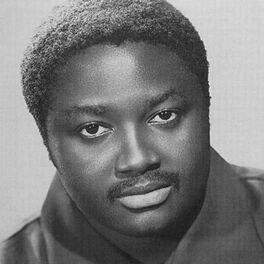 Never My Love: The Anthology

Someday We'll All Be Free

These Songs For You, Live!

Extension Of A Man

Stay At Home with Sam Fender

A smooth, righteous, emotional R&B crooner, Donny Hathaway duetted with Roberta Flack on some of her finest moments, scored a string of big soul hits in his own right and became a key influence on Alicia Keys, Beyoncé and Justin Timberlake. Hathaway started singing in gospel choirs as a three-year-old, studied music and formed a jazz trio while at college and worked as a songwriter and session musician before becoming house producer for Curtis Mayfield's label Curtom Records in the late 1960s. He made his breakthrough in his own right in 1970 with the socially conscious Latin-tinged single The Ghetto, Pt.1, but it was follow-up This Christmas that put him on the map reaching Number 11 in the US charts, later recorded by many artists including Mary J. Blige, Diana Ross, CeeLo Green and Aretha Franklin. His collaborations with old school friend Flack produced the Number 3 album Roberta Flack & Donny Hathaway (1972) and hits You've Got A Friend and the Grammy Award-winning The Closer I Get To You. His tour album Live (1972) made the US Top 20, but he suffered from depression and paranoid schizophrenia and committed suicide by jumping from his hotel balcony in New York, aged only 33.