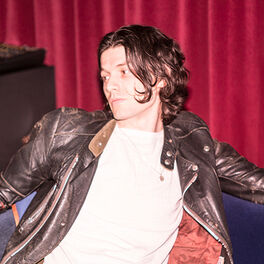 Chaos And The Calm

Hold Back The River

Bad (Live At Round Chapel, London)

Cry Myself To Sleep

James Bay was relatively unknown until he won the coveted Critics' Choice Award at the 2015 Brits. His single 'Hold Back the River' - originally released the previous year - had been a hit but nothing prepared him for the level of success unleashed by the award. His debut studio album 'Chaos and the Calm' hit number one in the UK Charts triggering his breakthrough in America, a host of headlining festival appearances, notably the Pyramid Stage at Glastonbury, and his own headlining tour. The result was that he was back at the Brit Awards the following year picking up British Male Solo Artist and performing a duet of 'Love Yourself' with Justin Bieber.

Born and raised in the English market town of Hitchin in Hertfordshire he was inspired to pick up a guitar after hearing Eric Clapton's 'Layla', learning to play on an old five-string he had found lying around the house. Going to study in Brighton at the age of 18 he graced many open mic sessions, honing his craft as a singer-songwriter.

After support tours with the likes of Kodaline, Tom Odell and John Newman, a fan put up a video of him on YouTube, attracting the attention of Republic/Universal Records, which signed him in 2012. It resulted in the release of the EPs 'The Dark of the Morning' and 'Let It Go', the title track of which gave him his first taste of chart success and the upward spiral of his career gained momentum in 2014 as he toured with Hozier. He released his second album 'Electric Light' in 2018 with the singles 'Wild Love', 'Pink Lemonade' and 'Us'.