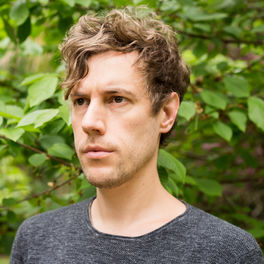 Songs for the Living

The Things We Leave Behind

Played by Above & Beyond

Tom Day is a solo artist residing in Main Ridge, Australia and has been creating ambient and electronic music since 2005. Characterised as “effortless and raw”, Tom’s tracks couple elegant beats and piano melodies to an array of personally-collected field recordings, his style alternating between promising swells and restful plateaus. Having grown up on a farm on the Mornington Peninsula, Tom is strongly influenced by the ocean beaches and natural openness of his hometown. Other influences include cinematic scores by Hans Zimmer, Thomas Newman, John Barry & John Williams, as well as early electronic artists such as Moby, Daft Punk, Brian Eno and The Chemical Brothers. The music of Tom Day has been used in independent film and documentaries from around the world, and clients who have licensed his tracks include National Geographic, Volvo, New York Times, Holden and Momondo. Tom releases music independently and, in 2015, played several live shows in Melbourne, including Melbourne Music Week. Having worked on an array of joint projects with other musicians and visual artists, Tom is deeply drawn to the synthesis of sound and image. In 2018, Tom launched an ambient and drone side project under the alias sɹoɹɹᴉɯ.