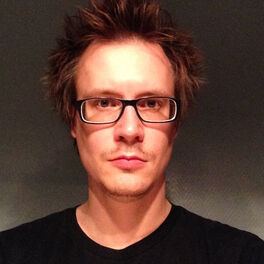 Markku Klami’s work seeks to deal with the phenomenon of time – the magical power music possess in affecting one’s experience of time and surroundings around themselves. Born in Turku, Finland, Markku spent his early years singing in the boys choir of Turku Cathedral and later on around Europe on the choir’s tours abroad. Markku has composed instrumental works ranging from solos to works for orchestra with soloists and vocal works including two operas. The use of electronics is a recurring feature in his instrumental works. While being a classically trained composer at Sibelius Academy in Helsinki, Markku has a background in electronic music as well with his projects in the late 1990’s. Markku has worked with musicians and ensembles including Timo Korhonen, Shin-ichi Fukuda, Thomas Müller-Pering, Patrik Kleemola, Lauri Sallinen, Henrik Sandås, Lucy Abrams, International Contemporary Ensemble, Uusinta Ensemble, Avanti!, Pori Sinfonietta and conductors including Nils Schweckendiek, David Searle and Atso Almila. His music has been heard in cities from Helsinki to Taipei and Buenos Aires to Rome in festivals including Nordic Music Days, Musica nova Helsinki, Zagreb Music Biennale, Taiwan International Guitar Festival and Atlantic Music Festival. Residing in Helsinki, Markku draws inspiration from both urban areas and nature. The arid sceneries, the vast seashores and forests serve as an important counterweight for him in our fast-paced culture. ”Website: www.markkuklami.com”