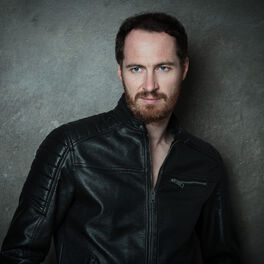 We Own the Night

Wouldn't It Be Good (Klaas Edit)

Wouldn't It Be Good

I Was Made For Lovin' You

Show Me the Meaning of Being Lonely

Since 2013, the Majorcan by choice has regularly released songs, that constantly could be found in the upper regions of the DJ- and Dance-Charts.   By firing release after release he has already accumulated more than 14 million streams only on Spotify, got featured on Europe’s biggest dance editorial playlist MainStage for months with his collab "Monster" (w/ Marc Korn & Phil Praise), his music was a fixed component of successful compilations such as Future Trance, Dream Dance, Club Fete, Club Sounds etc. over years and released music on labels like Dance Magic Records, Planet Punk Music/You Love Dance, Sony Music & Blanco Y Negro Music.   Semitoo, in Spain, currently ranks #22 among the most streamed electronic music producers on Spotify.   The highlight of his singles is the vocals. They were sung by well-known singers who already sung tracks for Tiësto, Showtek, Blasterjaxx, Avicii, Robin Schulz and many more stars of the scene.