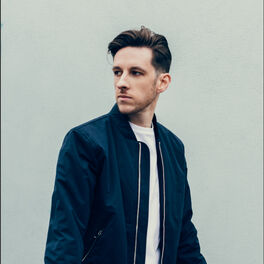 Give Me Your Love (Remixes)

Say You Do (Remixes)

if we never met (remix)

We Got Love (HUGEL Remix)

We Got Love (Joel Corry Remix)

We Got Love (Acoustic)

Bruce Fielder, who goes by the name Sigala, is an English DJ from Norwich who learned to play the piano as a child and studied commercial music at the University of Westminster. He had stints with various groups and in 2015 his release 'Sweet Lovin'' featuring Bryn Christopher went to number three on the UK Singles Chart. 'Easy Love' (2015) topped the UK Chart and reached number five on the Germany Songs Chart, number 16 on Billboard's Hot Dance/Electronic Songs Chart and number 18 on Billboard's Dance/Electronic Digital Song Sales Chart. Several singles followed including 'Say You Do' (2016) featuring Imani and DJ Fresh which reached number five in the UK and 'Give Me Your Love' (2016) featuring John Newman and Nile Rodgers, which peaked at number nine.

He has collaborated with several other artists including Digital Farm Animals, Hailee Steinfeld, Sean Paul and Fuse ODG. Sigala's 2018 debut album 'Brighter Days' peaked at number nine on Billboard's Top Dance/Electronic Albums Chart and number 14 on the UK Albums Chart. Tracks on the album include 'Came Here for Love' (2017) with Ella Eyre which went to number six in the UK, 'Lullaby' (2018) with Paloma Faith which reached number six in the UK and number 26 on Billboard's Dance/Electronic Songs Chart and 'Just Got Paid' (2018) with Meghan Trainor, Ella Eyre and French Montana, which went to number ten on the Dance/Electronic Digital Sales Chart, number 12 in the UK and number 24 on the Dance/Electronic Songs Chart.