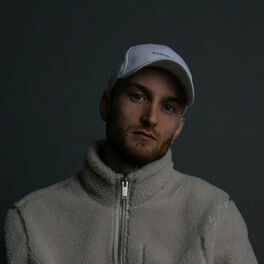 Heavy On My Mind

BECAUSE IT FEELS GOOD

Maths Time Joy is a British artist, producer, singer, songwriter, DJ and remixer. Tipped as one of the best new acts flying under the radar in London right now, he has made a name for himself producing for and working with acts such as Snakehips, Mahalia, Kevin Garrett, Bebe Rexha, RØMANS feat. Mary J. Blige, and Gallant, the latter earning him a Grammy nomination for the album Ology. In addition to releasing several EPs as an artist in his own right, he has provided official remixes for Ellie Goulding, Bon Iver, Bipolar Sunshine, Submotion Orchestra, Lucas Nord, Azekel and Mansionair. Critical acclaim has come from the likes of Hunger magazine who identified him as “a key player in the UK’s production revolution” whilst the Clash editors stated “MTJ is one of the most versatile producers in the game.”