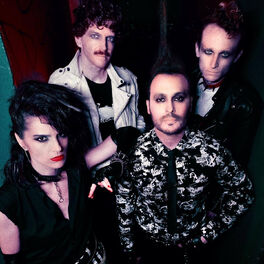 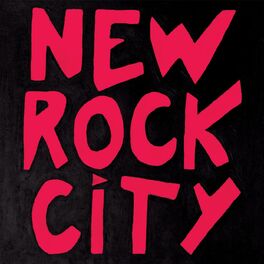 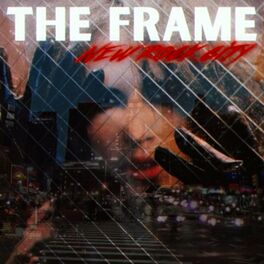 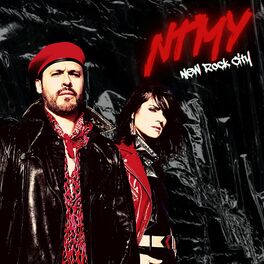 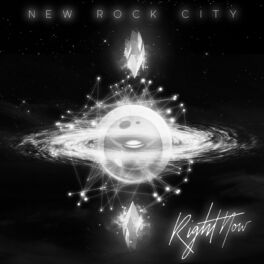 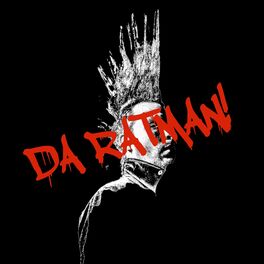 New Rock City have their own way of playing Rock n Roll and it's not easy to label their sound. The NYC rock duo evolves towards new different directions in every song. They have an enviable eclecticism in their songwriting and they know how to mix it well. They put together touches of new wave, punk rock,pop and arena rock to then go back to the rawness of rock n roll melted with moments of smoothness and dream-like pop melodies in the middle of chaotic and psychedelic breakdowns, plus that extra of 80's post-punk textures mixed with crispy and powerful riffs coming from guitarist Kick plus the euphoria of the multi - faceted Rossano's voice, which reminds you sometimes a young Grace Slick singing 'White Rabbit' at Woodstock. Think Pretenders meet Joan Jett in the mid 80's at Madison Square Garden or Billy Idol meets Patti Smith at CBGB's. The charismatic duo formed in NYC in 2012 and cut their teeth in the East Village underground scene since then. New Rock City keeps the ball rolling with their highly energetic music, melodic guitar arrangements that build up to an exalted climax involving the entire tracks, and mixed with the edgy and versatile vocals giving off the whole rock n' roll vibe gritty and valiant attitude. They execute it precisely. These lionhearted spirits know how to carry the songs from the beginning to end. It’s so infectious and contagious where you’re immediately pumped up and slowly just become “drugged out" throughout the whole track giving you the anticipation for the next one. Not only they gain a profound amount of respect for their songwriting skills and ability to stick to their style while giving you small moments of emotional pop, kick-ass inspirational vigor, and risky atmospheric haze. 'Cobbling together touches of new wave, punk, pop, and good old-fashioned rock. Nice To Meet Ya is a ferocious rock anthem about the signs o’ the times' - Alice Teeple, Post Punk Magazine L.A. 'New Rock City treat rock aficionados to one of the sultriest rock anthems since Joan Jett was on the scene. I’ve always particularly drawn to a powerful lead female vocal behind a rhythmically eclectic sound, but there’s something extra that New Rock City brings to the rock scene. Their new single 'Right Now' is unobtrusive, it’s seamlessly aligned through the palpable sentimentality of the lyrics along with Rossano’s vocals, yet it has all the edge you’d expect from a rock track. Rossano is the epitome of the natural performer, her energy is timelessly infectious through her raucous attitude and charismatic euphoria which surrounds her. Kick’s guitars are a mix of soaring hooks and crisp melodies which ensure New Rock City its instrumental perfection. The NY 4-piece band have already created quite the buzz around their music and there’s still more to come with the much-anticipated second album due to drop later this year.' - Amelia Vandergast , A&R Factory UK 'New Rock City is an original and amazing band. Their sounds rock your eardrums like nobody's business! We've had many bands come through our sound studio at Soundtrack New York throughout the 35 years that we have been in business and NRC is truly special. Live and recorded their energy and talent is truly fabulous.' - Maegan Hayward, Soundtrack New York, C.O.O. ​ 'Their timeless music is euphoric, their catchy lyrics will play on repeat in your head and the electric, crispy and raw guitars combined with the sensual and powerful vocals will grab you at your emotions and the infectious beat will make you sway your hips back and forth' - Patrick Keenan, Rat Productions NY ​ 'New Rock City has a Kick Ass Rock n Roll Set... The crowd loves them!' - Waste Magazine NY 'Charismatic duo with a tremendous star' - Radio Wigwam UK 'Kick ass band' - Genya Ravan, Underground Garage (Sirius XM) 'Gritty and valiant attitude' - BuzzMusic L.A. ​ 'Sensational act' - A&R Factory UK