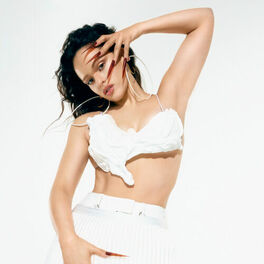 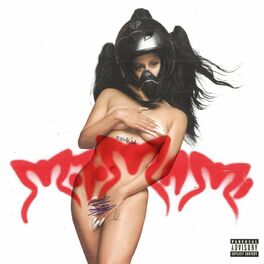 by ROSALÍA, The Weeknd

by The Weeknd, ROSALÍA

Growing up in the small coastal town of Sant Esteve Sesrovires near Barcelona, her parents bought her a guitar for her ninth birthday and she took up the piano at 16, but it was the Flamenco sounds of Camaron de la Isla she heard pouring out of car stereos in her hometown that had the biggest impact on her.

She went on to study flamenco music for eight years under the guidance of Jose Miguel Vizcaya and even wrote a thesis on the subject, but she also fell in love with the sparse synth-pop of James Blake and first came to attention in 2013 when she began performing with guitarist Chicuelo.

Her debut album Los Angeles made the top ten in Spain in 2017 and was a traditional set of tear-jerking acoustic flamenco songs produced by composer/guitarist Raul Refree, which marked Rosalia out as a talented singer-songwriter, steeped in the roots of her country's folk music. The album also featured a cover of Bonnie Prince Billie's track "I See a Darkness." Seeking to find a bridge between her love for the electronic, dancefloor ballads of James Blake and Robyn and the authentic heritage of Flamenco, her second album El Mal Querer (2018) took a different direction and helped turn the 25-year-old Rosalia into a world-renowned act.

With the help of dance producer El Guincho, her dramatic old-world songs were injected with Tropicália melodies, glossy synths, and strutting beats and single "Malamente" was a stripped-down, futuristic, R&B ballad with castanet claps and velvet vocals. It went on to win two Latin Grammy Awards in 2018 and racked up over 60 million views on YouTube in a year.

She also featured on James Blake's track "Barefoot in the Park," topped the Spanish charts with her single "Di Mi Nombre" and appeared in the movie Dolor y Gloria alongside Penelope Cruz and Antonio Banderas before returning in 2019, collaborating with reggaeton star J Balvin on the single "Con Altura." Rosalía spent the following years collaborating with some of the biggest players in the music industry, including Travis Scott ("TKN") and Billie Eilish ("Lo Vas a Olvidar"), and working on the long-awaited follow-up to El Mal Querer. Preceded by the singles "La Fama" with The Weeknd and "Chicken Teriyaki," her third studio album Motomami saw the light in 2022 and soared to the top of the Spanish charts upon its release. It also featured the track "La Combi Versace," a collaboration with Dominican urban pop star Tokischa.