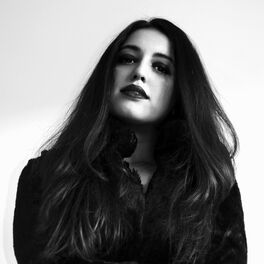 Stranger Souma Aka Soumaya Laghiti, born in Casablanca in 1990. Before becoming a DJ producer, she learned how to play many instruments. Then technology got her as it did to everyone from the 90s, machines and music, metallic sounds and underground grooves became her new way to share her music. When you think 90’s and electronic music, first genre that comes to mind is Downtempo, her favorite, with a touch of minimal and coloured by some deep house. to imagine a world of her music, stranger sounds by stranger Souma can be a drop of acid house, a little trip hop to trap the party, but to go deep house on her in her house you need to bring some heavy electronic or be a friend of the alien. Nothing could have taken her away from music, only opened her mind and made her discover even more ways to make better sounds each time. Research in music, producing and playing live are her ways to escape the business world.