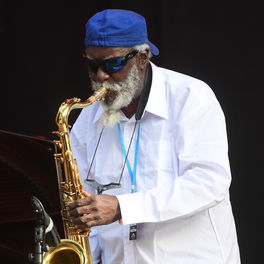 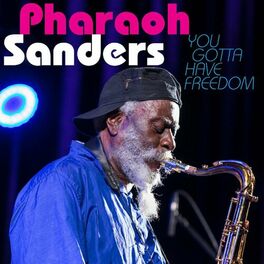 You Gotta Have Freedom (Live)

Village Of The Pharoahs

Love In Us All

At Rest by Ghostly

Sketches of MD - Live at the Iridium

Impulse! 60: The Best of Impulse Records

Pharoah Sanders – born Farrell Sanders in Little Rock, Arkansas on October 13, 1940 – is a jazz saxophonist best known for his time in John Coltrane’s band during the mid-‘60s and the 35+ albums he released as a leader. His sound has been referred to as ‘spiritual jazz’, which is an extension of the sound that Coltrane explored on albums like A Love Supreme. Sanders’ musical journey started in the late 1950s when he’d perform at the local African-American clubs in Little Rock. Because of segregation, he was unable to perform in any of the other clubs in town. After he graduated from high school, he moved to Oakland, California in 1959 where he could play in all the clubs. He started playing tenor saxophone in Oakland before moving to New York City in 1961. His friendship with Sun Ra led to Sanders changing his first name from Farrell to Pharoah. He joined John Coltrane’s band in 1965 and appeared on the albums Ascension and Meditations. Sanders’ first album as a leader was Pharoah’s First, released in 1965. He was also a member of Coltrane’s final quintet. Sanders appeared on the 1968 album The Jazz Composer’s Orchestra alongside Cecil Taylor, Don Cherry, Gato Barbieri, and Larry Coryell. Signing to Impulse Records, he released a series of albums over the next decade including Tauhid (1967), Karma (1969), Black Unity (1971/with Stanley Clarke), and Elevation (1974). Sanders has remained active as both a recording artist – releasing albums on labels such as Arista, Theresa, Timeless, and Verve – and as a liver performer and studio sideman. Along with Coltrane, he also recorded with other jazz greats such as Don Cherry, Alice Coltrane, Norman Connors, McCoy Tyner, Jah Wobble, Ornette Coleman, Kenny Garrett, and many more.