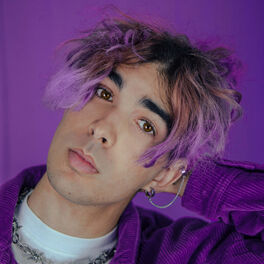 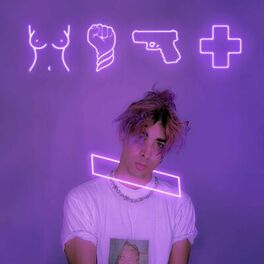 What Do You Want?

A Helpless Romantics Perspective on Pandemics

I Saw The Film, It Was A Tragedy

Why Do Things Glow?

The Thoughts We Don't Talk About

Play With My Heart

Hurting Myself is so Fun

Cameron Sanderson is a British and Indo-Guyanese producer and multi-instrumentalist who creates dark, alternative pop that gels together the worlds of pop, rock and electronica with a contemporary R&B influence. Born in Enfield, London Cameron grew up listening and watching Kerrang! which his parents would frequently listen to. He was instantly captivated by the likes of Linkin Park and other seminal artists. Cameron has been heavily featured on the BBC Introducing platform where he continues to be championed by both the London and Essex stations. The BBC continues to be a huge support to Cameron, having also included him as a judge on BBC 1’s primetime show ‘All Together Now’. ‘Chicken Wing (feat. Bella Poarch)’ viral video on TikTok with 7 Million+ views Oct 2020 ‘while you’re sleeping in my sweater’ playlisted on Spotify’s ‘Chilled Pop Hits’ June 2020 20 million+ Video views on YouTube, 200K+ YouTube subscribers 15 million+ Spotify Streams ISSA Awards Silver Winner International Male Single of the year for ’You’re Okay’ Aug 2019 Featured Video Artist for Rock Sound Magazine’s ‘Rock Sound 50’, June 2017 Song ‘backstory’ played on BBC Introducing in London, Oct 2016 YouTube Next up winner, April 2016 18 songs aired on BBC Introducing in Essex from Dec 15 to date + Live / Acoustic set June 2016 & Aug 2017