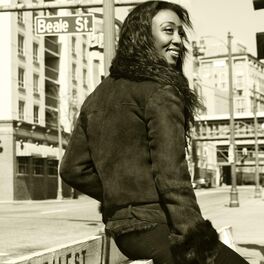 Flavour Of The Old School (Remastered)

BK25: Beverley Knight (with The Leo Green Orchestra) (At the Royal Festival Hall)

Not Too Late For Love

Save the Children (Look Into Your Heart)

This Is How We Do It!

The Halcyon (Original Music From The Television Series)

British singer/songwriter, Beverley Knight released her debut album, The B-Funk, with label Dome Records in 1995 to critical acclaim but, despite winning two Black Music Awards, the album and subsequent singles failed to find success commercially. Leaving Dome for Parlophone, Knight's second album Prodigal Sista reached the Top 50 album charts and spawned five Top 40 singles. It sealed her success and was hailed, at the time, as one of the best British soul albums ever. Third album, Who I Am (2002) showcased Knight to a larger audience, reached Number 7 in the album charts and earned her BRIT nominations for Best Female and Best Urban Act; it also produced one of her catchiest singles, the Nashville inspired Shoulda, Woulda, Coulda. But by the time she released her fourth album, Affirmation (2004), Knight was considered to have moved across from urban to pop; however, although she lost some fans, her single Come As You Are has been her biggest selling hit to date. In 2006, Knight starred in the BBC series Just The Two Of Us, which finalised her entry into the mainstream, she toured with Take That in the same year, and regularly hosts a Radio 2 show exploring the origins of gospel music. Whislt she has continued to record, Knight is also an ambassador for a number of charities, including Christian Aid and Stop AIDS Campaign, and has performed at a number of live events in support of these.