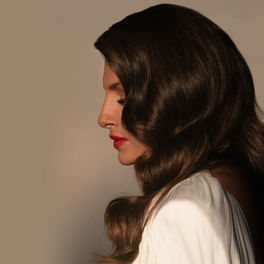 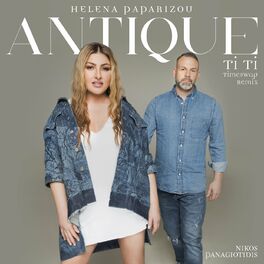 The Game Of Love

Never Gonna Give You Up

Twist In My Sobriety

Although she was born January 31,
1982 in Borås, Sweden,
Helena Paparizou would become an enormous pop star in Greece. A master of the
laïko style of
Greek folk music, she first achieved fame as one half of the teen dance act
Antique. She struck out on her own in 2003 with the single “Anapandites
Kliseis”, the first of over a dozen number 1 hits in her career. Her first
album, 2004’s Protereotita, began a streak of seven consecutive number 1
albums. Already an established star, she became arguably the country’s biggest superstar
when she won the 2005 Eurovision Song Contest, becoming the first Greek entry
to do so in the contest’s history, with “My Number One”. The song became
her second number 1 in Greece, and landed in the top 40 of over a half-dozen
other European nations. Amazingly, her next single, “Mambo!”, would stay
at number 1 longer than “My Number One”. She attempted to crack English
language markets with 2006’s Game of Love, and had some success, but remained
a national treasure in Greece. In 2007 she had the biggest radio hit of her
career to the point with the title song from the film "To
Fili Tis Zois". For 2008’s Vrisko To Logo Na Zo, she
started to push back against the pop sounds that had been her trademark and
incorporated a harder, rockier vibe. The album spun off a trio of number 1 hits.
A new song recorded for her 2011 greatest hits album, “Baby It’s Over”,
became another chart topper. After a management overhaul, she began a career on
television as a judge on Dancing On Ice. Her 2014 album One Life topped
out at number 3, her first LP not to be a chart topper. She became a coach on
the Greek version of The Voice in 2016.  2017’s Ouranio Toxo, brought her back
to number 1 and contained a trio of number 1 singles. 2021’s Apohrosis
contained a number of top 10 songs including “Se Xeno Soma”, a number 3
hit in 2020 single that marked the 39th top ten single of her
storied career.