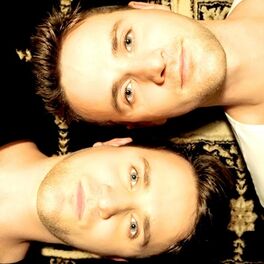 Shade of the Moon (Live)

We will be the rain

The Royce Twins are Gabriel and Michael Saalfield singer-songwriters who are open to a variety of styles, creating a sound that's personal, filled with harmonies and a style that's all their own. The Twins draw upon influences and elements of folk, pop, rock, soul, and alternative country. This gives these Australian brothers a broad appeal among different demographics. Being multi-instrumentalists the Twins also play on their original tracks which earn them respect from fans and music people alike. Gabriel and Michael have been singing together as long as they can remember. They grew up in musical households, and despite having challenging starts to life, music in their own words ‘kept us strong’. Gabriel plays the drums and acoustic guitar. Michael plays the acoustic and electric guitars and also likes to dabble on the keyboard. Both sing. Both song write. The Twins grew up in Mount Beauty in the alpine highlands of Northern Victoria, Australia. They began their live work around the live music haunts of Ballarat while studying at Federation University. After university the Twins moved to Melbourne to follow their musical careers. Over this time they have continued their live performance work, playing a mix of live music venues, festivals and private events. They released their self-titled Debut EP in 2014. Two of the songs from the release made it to the semi-finals of the International Song Writing Competition – ‘Heartstrings’ in the singer-songwriter/folk category and ‘Fly’ in the hotly contested ‘pop/rock’ category. The release also charted on the independent AIR charts. This is a great achievement for first time independent singer-songwriters. The Twins went on to release two more singles ‘We Will Be The Rain’ and ‘Heartstrings’ Unplugged. After performing solidly since their Debut EP release, the Twins re-entered the recording studio in 2017 to record their second EP called ‘4 Years’. The Twins ramp up the pace like never before. The EP showcases poetic and mature lyrics matched with catchy melodies, absolutely killer vocals and the Royce trademark harmonies, wicked solos and some serious high notes to boot. The Royce Twins are looking to make their own mark as singer-songwriters both locally and internationally.