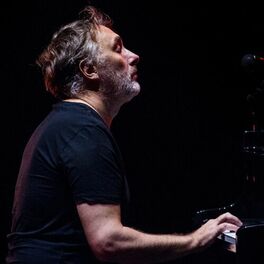 The Waltz of the Monsters - Cascade Street

The Waltz of the Monsters

Yann Tiersen is a French musician known for his minimalist style on guitar, piano, synthesiser and other instruments on several albums released since his recording debut in 1995 with the album 'La Valse des Monstres'. He had already been creating tracks for plays and films and his follow-up release 'Rue des Cascades' (1997) included the title track sung by Claire Pichet, which was used in the French film 'The Dreamlife of Angels', and several tracks that were included on the soundtrack of the hit 2001 film 'Le Fabuleux Destine d'Amélie Poulain' starring Audrey Tautou and directed by Jean-Pierre Jeunet.

Other albums include 'Tout Set Caime' (2002), 'C'Était ici' (2003), 'Yann Tiersen and Shannon Wright' (2005) with the American singer, 'Dust Lane' (2010), 'Skyline' (2011) and 'EUSA' (2016), which went to number five on Billboard's New Age Albums Chart. His soundtrack albums include 'Le Fabuleux Destine d'Amélie Poulain' (2001), 'Goodbye Lenin' (2003) and 'Tabarly' (2008). He tours around the world and his 2019 schedule included appearances at venues in Geneva, Brussels, London, Malmö, Copenhagen, Stockholm, Oslo, Berlin, Paris, Milan and many other cities across Europe followed by shows in places such as Vancouver, Chicago, Detroit, Toronto, Boston, New York, Montreal, Quebec and Miami.