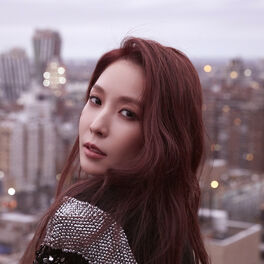 Kiss My Lips - The 8th Album

After debuting with ‘ID: Peace B’ in 2000, BoA is now recognized as a top musician and an ‘Icon for International Success,’ reaching audiences not just in Korea but all over the globe. She’s known as the No. 1 female artist in Korea, proven by her talented vocals and stand-out performance skills. BoA was the youngest female artist to be named ‘Best Artist’ at a major year-end music festival in Korea. From then on, she became the first Korean artist to reach #1 on Japan’s Oricon Album Chart, and eventually, the first Korean artist to be a million-seller in Japan. She also set records at the MTV Asia Awards as an artist co-representing both Korea and Japan, and became the first Korean artist to enter the U.S. ‘Billboard 200’ Chart in 2008 upon releasing her first full-length album, ‘BoA.’ She has also expanded her scope as an entertainer, actively taking on acting roles in Korean drama series and movies, and even starred in Hollywood films ‘Make Your Move’ and the animation film ‘Over the Hedge,’ where she did voice-overs for the role of ‘Heather’ in the Korean and Japanese releases. She also made an appearance at the 59th Cannes Film Festival, showcasing her many talents.