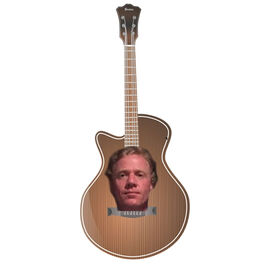 Folk and acoustic rock singer songwriter from UKI, NSW Australia. I embrace the mistakes. If reality TV became a thing, then I'm about reality music. I believe there is no such thing as a musical mistake, rather the in between notes of the scale, also known as modes. The so called mistakes take music somewhere new and after many years of practice you learn to make up for them by improvising to make it work, and often covering your tracks with something flash. I play mostly fingerstyle and fingerpicking singer songwriting tunes and acoustic guitar instrumentals with some melodic, roots, folk, slide, blues and acoustic rock. I mainly play a Fender 12 string acoustic guitar in a variety of tunings including Standard, DADGAD, Easy Open C and Low C.