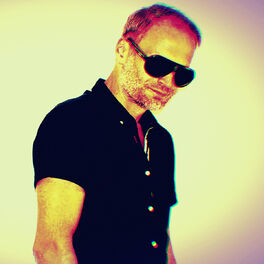 For A Real One

Music can transcend time, that's why it's never too late to follow through on your passion - Padre Tóxico is proving that with his records. He has been a fan of hip-hop since it’s inception and grew up in Poland during the golden era with timeless albums dropping left and right. Westcoast artists like 2Pac, Dr. Dre, Snoop Dogg, got him interested and sparked a fire so strong that it followed him for decades to come. The obsession was reignited with a help from Nas, The Notorious B.I.G., Outkast, The Roots and hundreds of others. He had that same wave of excitement strike him when he discovered electronic music from Jon Hopkins, Kiasmos, Synkro, Stimming, Apparat, Four Tet, Ross from Friends and Lapalux. November 2019 he had the realization to attempt the creative process himself. He has taken his two loves and produced records with the stylings of both, with minimal house tracks like "Dopamine Warmness” and lofi boom-bap like “Summer in L.A.” showing off his innate diversity. On 3.05.2020 after 6 months of learning how to use music gear, Padre Tóxico released two debut LPs - electronic "Synesthesia" and hip-hop flavoured "Life supplement". U still reading this? Go and read a book. 3rd album called "Mandala" dropped on 24.08.2020, along with the new version of "Summer in LA" with vocals from UK vocalist Pri. Next was "Right On Time" a jazzy hip-hop collabo with Petey and perfect chillout joint with Mike Mitch titled "Left With Fame". Boom. padretoxico.com