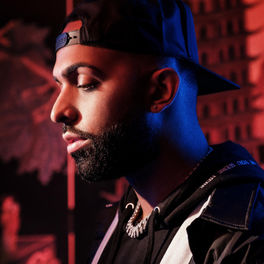 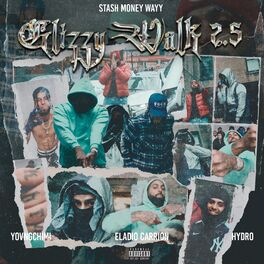 No Puede Ser (with Eladio Carrion)

Eladio Carrión (November 14, 1994) was born in Kansas City, Missouri, into a military family. They traveled all over the USA before settling in Puerto Rico at the age of 10 where he first came to prominence as an Olympic-standard swimmer, a star on the Vine video app, and a stand-up comedian before finding his niche as an urbano trap artist. He got his break into rap through the unconventional route of parodying urbano artists like Ñejo and Cosculluela. His humorous impersonations lead professional rappers to ask him to sell them his raps rather than giving them away for free via social media as comedy. He independently released an early version of the single “Mi Cubana” in 2018, which started to make waves on video-sharing sites, especially with Argentine fans. He visited Argentina and remained there for two months before returning to Puerto Rico and releasing several singles and collaborations. Following a series of features on Rauw Alejandro’s “Dice Que No” and Ñejo’s “Periódico de Ayer” in 2019, Eladio Carrión released his studio debut Sauce Boyz in 2020, reaching Number 8 on Billboard’s Top Latin Albums for 10 consecutive weeks. This success was followed by the EP Sauce Boyz Care Package and a Latin Grammy nomination for his Bad Bunny collab “Kemba Walker.” Featuring cameos by J Balvin, Yandel, Cazzu, and Lunay, his sophomore effort Monarca saw the light in early 2021 and reached Number 8 on the Latin Rhythm Albums chart, also earning a nomination for Best Urban Music Album at the Latin Grammys. That year, a prolific Eladio Carrión teamed up with rising Spanish drill star Beny Jr for the single “Redbull,” which went to Number 86 in Spain.