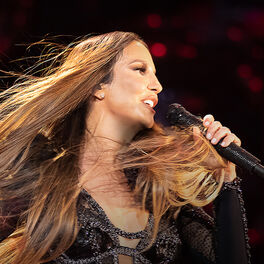 Brazilian axé music star Ivete Sangalo began her career with the second incarnation of Bahian group Banda Eva before striking out as a solo artist at the end of the 1990s.

Despite the band's success, Sangalo left to pursue a career without the group in the late 1990s. In 1999 she made her self-titled debut, a smash hit that went double platinum and earned the singer a nomination at the Latin Grammys.