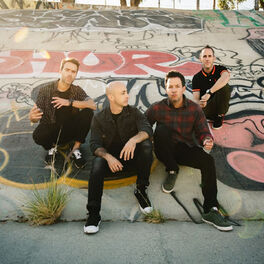 Taking One for the Team

Get Your Heart On!

Get Your Heart On! (Deluxe Edition)

Still Not Getting Any

Get Your Heart On! - the Second Coming!

I Hate Everybody (feat. Simple Plan)

Where I Belong (feat. We The Kings)

by Simple Plan, State Champs, We The Kings

Heard It On TikTok

Simple Plan have remained an international sensation for over 20 years with worldwide sales topping 10 million and over 1 billion streams across all streaming platforms! The #ImJustAKid trend on Tik Tok has over 4.3 billion views and the #ImJustAKidChallenge hashtag has over 590.9 million views and counting. Plus, they’ve received numerous awards and accolades the world over, and to date they have performed for insatiable audiences in over 60 countries. For the members of Simple Plan, however, it’s about the personal connection to each and every fan. With 'The Antidote', they have yet another song that will resonate and hit close to home with their worldwide audience. Produced by Zakk Cervini, who has worked with the likes of Blink-182, Machine Gun Kelly, Grimes, Poppy, and Halsey (to name a few), 'The Antidote' was recorded at MDDN Studios in Los Angeles, and promises to be a pivotal moment for the band, who cannot wait to get back to playing live! "We’re so excited to finally release 'The Antidote', the first single off our upcoming sixth album!" say the band. "The song is a throwback to our classic Simple Plan sound, but with a modern twist. It has all the elements our fans have come to love and expect from our band: a big, energetic chorus and honest and heartfelt lyrics that deal with life and the struggles we all face."