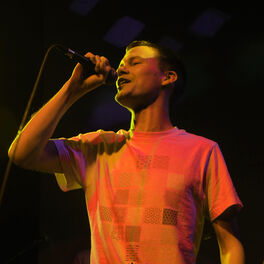 What We Did Today

Starz In Their Eyes (Remix EP)

Starz In Their Eyes

Starz In Their Eyes (Acoustic)

A varied career in industries as different as floristry and cleaning made an inauspicious start to this London boy's stellar rise as a rapper. Taking jobs where he could find them and making music in his spare time, Jack Allsopp (aka Just Jack) eventually got a lucky break whilst working at indie record label RGR. Upon playing his demo for the company owner (who just happened to be Chas Smith from Madness), he was signed without hesitation and scored a four album deal from the off. His cockney twang, honest lyrics and mixing of several musical genres (most notably underground rap, electro and hip hop) made him an instant success, despite having worked the music scene for several years without recognition. Debut album Outer Marker, flew off the shelves upon its release in 2002, spawning popular singles Snowflakes and Triple Tone Eyes. However, it was the release of the artist's second studio album Overtones in 2007 that catapulted him to the big time, thanks largely to huge hitting single Starz In Their Eyes, which shot to Number 2 in the UK charts.