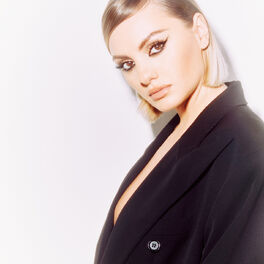 Take Me Home (The Remixes)

Take Me Home (The Remixes)

I Did It Mama (Remixes)

Alexandra Stan became a world-wide knows pop artist thanks to her global smash hit single, Mr Saxobeat. She her debut single, "Lollipop (Param Pam Pam)" in late 2009. The song impacted the United States mainstream radios in early 2010, peaking at number-eighteen. Her second release, "Mr. Saxobeat", became her worldwide breakthrough hit, selling almost 1,000,000 copies in less than a year and reaching top five in over twenty countries. By now, the single has more than 160M streams on Spotify and 450M views on YouTube combined. She released her debut album in August 2011, titled “Saxobeats” and the release spawned two more hit singles: "Get Back (ASAP)" - that gathered more than 18M streams on Spotify and "Million”, the latter featuring rapper Carlprit. In 2012, Alexandra Stan continued the string of released with "Lemonade", a hit which surpassed 22 million views on YouTube. Unlocked is the second studio album by Alexandra Stan and was released on the 27th of August 2014. Five singles were released to promote the album: “Give Me Your Everything”, “Vanilla Chocolat”, “Thanks For Leaving” that charted in Ukraine, Italy and Romania, and “Cherry Pop" and "Dance", that charted on theBillboard Japan Hot 100. In March 2016, Alexandra released her third studio album, “Alesta”. To promote the album, Alexandra embarked on a two-week venue tour in Japan. First release from “Alesta”, “We Wanna”, is a collaboration with Romanian artist, Inna and Puerto Rican singer, Mohombi. The track has more than 89M views on YouTube and 29M streams on Spotify. Her next hit single, “Ecoute”, gathered 80M views on YouTube. Mami was Alexandra’s 4th studio album. It was released worldwide on the 25th of April 2018. “Boy Oh Boy”, “Noi doi” and “Mami” were the 3 official singles from the album and Alexandra promoted them with live performances in Japan, as well as in Europe and Canada. The singer also contributed with guest vocals on Manuel Riva's track "Miami", which reached top ten on the US Dance Club Songs chart and top ten on the Romanian and Bulgarian Airplay 100. On the 1st of July 2019, Alexandra released the reggae inspired song, “I Think I Love It”, followed by “Obsesii”, Alexandra’s second Romanian language single that currently is a top 5 hit on the Romanian Airplay 100. Her 5th studio album is currently in the works, due to be released in the autumn of 2020.