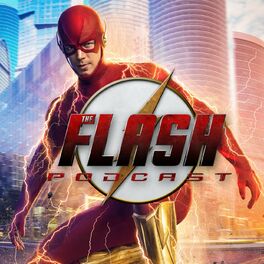 The Flash Podcast, the Internet's 1st Flash TV Podcast, is dedicated to The CW's hit series, The Flash starring Grant Gustin. Each week the hosts give an in-depth analysis of every episode while covering the latest news about the TV show and the Arrowverse as well as take listener feedback about each individual episode. Additionally, The Flash Podcast focuses on The Flash in other mediums including Ezra Miller's DCEU version, the comics, animation, and more. The Flash, airing Tuesday nights at 8/7c on The CW, stars Grant Gustin as Barry Allen a.k.a. The Flash and is executive produced by Greg Berlanti, Sarah Schechter, and Eric Wallace. "The Flash", all the logos and images are trademarks of DC Comics. The podcast is not sponsored or affiliated with DC Comics, Warner Bros. TV, Warner Bros. Pictures, or The CW.

Doctor Who: The Krynoid PodCast

Trek TV - The most ambitious Star Trek podcast on the internet!