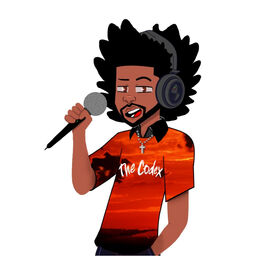 The Codex: Running the Point

The Codex: I've Got Next

The Codex: I've Got Next (Remastered)

The Codex: I’ve Got Next is the debut album from n.e.r.d life by D’Vo, Christian Hip Hop’s newer artists from Houston Texas. The acronym n.e.r.d. stands for Needing Eternal Redemption and Deliverance, a reoccurring theme within the project. The official release of the first part of the series December 22, 2019. The second part of the series was released on April 11, 2020. The Codex Series features a lot of genres Rap, Hip Hop, Pop, Jazz, and Soul. "There is not enough positivity in music to combat all the negativity in the World"-D'Vo. He sounds like an individual that gets it and the sky is the limit for the young man, D’Vo.