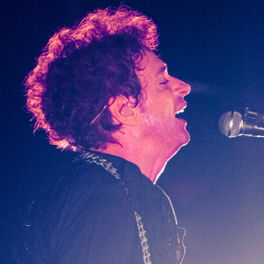 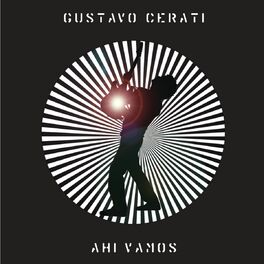 Tráeme la Noche (Bring on the Night) (with Andy Summers)

Best known to many as the lead singer and guitarist for Soda Stereo, one of the Spanish-speaking world’s best-selling new wave bands of the late 20th century, Argentine singer-songwriter Gustavo Cerati enjoyed a similarly illustrious career trajectory after taking his first tentative steps into the world of solo work in the early 1990s. Born on August 11th, 1959 in the Argentine capital of Buenos Aires, Cerati soon took to the guitar as a child, learning to fit his increasingly focused musical pursuits around a period of involuntary conscription and a degree in marketing. He co-founded Soda Stereo in 1982, and had bagged a major record deal with Sony within two years. The band’s debut album arrived later in 1984, and the trio went on to take the Latin world by storm in the following decades, picking up numerous GRAMMYs and platinum-certified albums. By the early ‘90s, Cerati had begun to experiment with various side projects, teaming up with electronic music producer Daniel Melero to form the duo Cerati/Melero, joining forces with several musicians to form the electronic band Plan V, and reuniting with frequent collaborator Flavio Etcheto under the name Ocio. Cerati’s full-fledged solo debut, the dreampop effort Amor Amarillo, arrived in 1993 to critical acclaim, and was followed by a flurry of further works including the trip-hop-inspired Bocanada (1999) and the uptempo effort Siempre es Hoy (2002). His fourth solo LP, Ahí Vamos (2006), was widely celebrated, with singles like “Crimen” and “Adiós” marking a return to a riffier, rock-leaning sound. A fifth and final LP from Cerati, Fuerza Natural, followed in 2009, topping charts internationally but garnering mixed reviews due to its unexpectedly folk-tinged inclination. Sadly, shortly after a tour date in Caracas, Venezuela in 2010, Cerati suffered from a massive stroke which left him comatose. Remaining on life support in his hometown for the following four years, he died of a cardiac arrest on September 4th, 2014 at the age of 55.