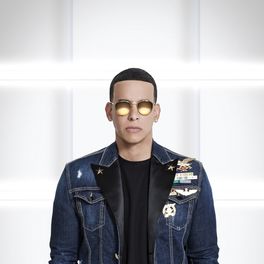 Ramón Luis Ayala Rodríguez, whose stage name is Daddy Yankee, is an American singer-songwriter who performs in the musical genre reggaeton, a blend of hip-hop with Latin and Caribbean influences that developed in the late 1990s in Puerto Rico. He had a smash hit in 2017 with the single 'Despacito' with Luis Fonsi featuring Justin Bieber which topped several charts including the Billboard Hot 100 and the Official UK Singles Chart and won a handful of Latin Grammy Awards.

He grew up wanting to play baseball but a bullet wound in a stray shooting ended his ambitions and he focused on music instead with the 2004 release of the single 'Gasolina'. He has had nine singles on the Billboard Hot 100 including 'Oye Mi Canto', which went to number 12 in 2004, he's had eight albums on the Billboard 200 including 'El Cartel: The Big Boss' which went to number nine in 2007 and 'Talento De Barrio' which reached number 13 in 2008. He has had more than 40 singles on Billboard's Latin Pop Songs Chart with 19 top ten hits including four that went to number one - 'Lovumba' (2012), 'Limbo' (2013), 'Despacito' (2017) and 'Dura (2018), and eleven releases on the Top Latin Albums Chart with six at number one - 'Barrio Fino' (2004), 'Barrio Fino: En Directo' (2005), 'El Cartel: The Big Boss' (2007), 'Talento De Barrio' (2008), 'Mudial' (2010) and 'Lovumba' (2012). He has won numerous awards, collaborated with several different artists and toured the world in concert. In 2008, he starred in José Iván Santiago's 'Talento de Barrio', a feature film drawn from Rodríguez's upbringing. His 2018 schedule included appearances at venues in Ecuador, Colombia, Canada, Spain, Italy, Albania, Switzerland, England and Belgium.