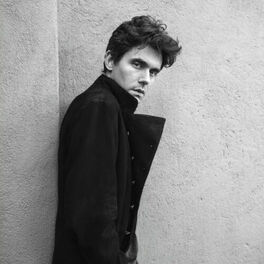 The Search for Everything

The Search for Everything - Wave Two

The Search for Everything - Wave One

Where the Light Is: John Mayer Live In Los Angeles

With his smooth, crooning pop-rock, John Mayer rose from playing coffee houses and small clubs to become one of America's most popular singer-songwriters. Inspired to take up guitar after seeing Michael J Fox play Jonny B Goode in the movie Back To The Future, he started writing songs after suffering a cardiac arrhythmia, coming to wider attention with an appearance at the South by South West festival in 2000. Initially an internet-only release, debut album Room For Squares sold over 4 million after being reissued by Columbia Records. Full of lilting ballads and doe-eyed romances, Heavier Things (2003) topped the US album charts, while the soft blues rock of third record Continuum (2006) made it to Number 2. Awards tumbled in and so did the hits with Your Body Is A Wonderland, Daughters and Waiting On The World To Change becoming big radio anthems. High profile relationships with Jennifer Love Hewitt, Jessica Simpson and Jennifer Aniston made him a tabloid favourite, but he has also found time to tour with Buddy Guy and Eric Clapton, write for Esquire magazine, perform stand-up comedy and host his own VH1 TV.