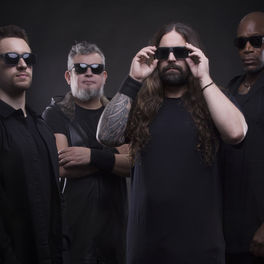 The Mediator Between Head and Hands Must Be the Heart

Under A Pale Grey Sky (Live)

The Best of Sepultura

Beneath The Remains (Reissue)

Brothers Max and Igor Cavalera discovered Black Sabbath in their teens and started thrashing away on drums and guitar in imitation. The siblings worked their way from the humble backstreets of Belo Horizonte, Brazil to become one of the loudest, angriest and most influential metal acts of their era.

Named after the Portuguese word for grave, Sepultura's classic line-up of Max Cavalera, Andreas Kisser, Paulo Jr. and Igor Cavalera produced the landmark albums 'Beneath the Remains' (1989), 'Arise' (1991) and 'Chaos AD' (1993) and created a fast, thundering new brand of death metal. Their sixth album 'Roots' (1996) added Latin rhythms and grooves to their cacophony of sound and brought their biggest chart success, reaching number four in the UK, but Max Cavalera quit in 1997 after the sudden death of his stepson. With Derrick Green joining as front man, the band continued to rage on with albums 'Against' (1998), 'Nation' (2001) and 'Kairos' (2011) and remain well-respected elder statesmen of the heavy metal scene.