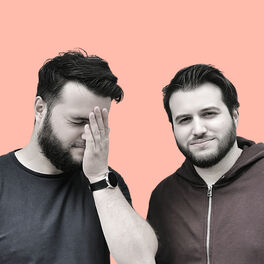 par Back On Earth, RVNS

RVNS is composed of two brothers from Paris (France), Julien and Clem. Influenced by artists such as Kygo, Midnight Kids, Nightly, Danny Ocean and many more, they mixing all their influences to create a unique sound, easily identifiable with their own texture. RVNS arrived in 2017 with their single "Breathe In" which rapidly reached 100,000 streams on free streaming platforms. The song was used by Kyung6Film, a south korean film director and reached more than 600,000 views. They began releasing a series of singles in 2018 on free streaming platforms. In August 2019, 'Summer Sessions' was released including the song 'Dimelo' which is streamed in every Starbucks coffees across the world. They recently collaborated with several artists across the world like ANI, Back On Earth, The Color Fred, Alma and more. Their sound is constantly evolving. RVNS are producing everything themselves including videos and covers, and are unsigned as of today. They have more than 3,000,000 streams including all streaming platforms.