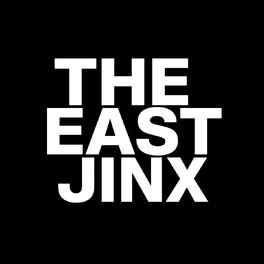 Oh Man, This Moby One Canno' Be (Radio Edit)

Founded back in 1996 by Nikolaus Niessen and Luc G. Meessen, THE MIGHTY SLEEPWALKERS initially started out as a trio (Nikolaus Niessen – Voice and Cajon, Achim Jenik – double bass and Luc G. Meessen – acoustic guitar) performing catchy and cool pop songs of their own writing as well as unconventional cover interpretations of songs by various musicians from Iggy Pop to James Brown. The debut album “Can’t sleep, gotta walk” published in 1997 gained cult status and is still an absolute must-have among Mighty fans. In the years to follow, the cast was somewhat reshuffled. The band was upgraded to a quartet with Bernd vom Dorp’s pulsing drums in 1998 while Frank Lennartz took over the low frequency strings in 2000. During their time with EMI Electrola (1999-2000), the group went on tour with the funk and hip hop band BE from Hannover and others. With their EMI-published singles “Smile (1999)” und “So many things (2000)” the THE MIGHTY SLEEPWALKERS achieved a remarkable airplay with domestic and Benelux radio stations. Then, for private reasons, Luc left the band and broke his contract with EMI Electrola… After more than 20 years of silence, during the pandemic, Luc G. Meessen, as a multi-instrumental musician, has decided to explore new musical fields. If the songs are mostly born and recorded home during the last two years, they are partially re-arranged and mixed by the amazing Laurent ‘Roo’ Eyen @ Koko Records Studio – Sprimont, Belgium. And we have the chance to count on Ben De Visscher for the mastering. The aim of this musical project is simple : to offer creative compositions to Belgian and international artists, renowned or not, targeting the beauty of the pieces, their stories, their depths. The melodic and lyrical returns are then recorded in the studio and mixed down to several formats. We don’t care about the style of our music. Could we call this urban wave ? Maybe yes, maybe not ! We’re just writing a bunch of songs. And we’ll try to release a new song every two months. We’ll see what will happen. The East Jinx aka Luc G. Meessen