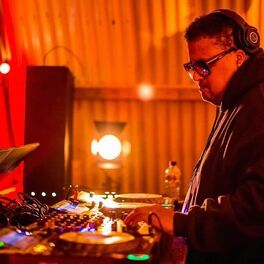 Chi Til I Die

The pioneering work of Frankie Knuckles and Vince Lawrence kick-started the Chicago house scene and revolutionised dance music in the 1980s; but while they were packing out downtown warehouses and nightclubs, there were also parties going on in housing projects on the south side of the city. Inspired by Kraftwerk, Italian disco and Soulsonic Force, DJ Deeon was one of the young kids making his own minimal electronic tracks experimenting with Roland drum machines and DAT recorders. He added X-rated call-and-response, slang chants over the top of his primitive, repetitive beats as a way of catching the ear, and sold his home made mixtapes around the neighbourhoods. Though his music was deemed too crude by more established electronic producers, he built up a cult following by playing at bloc parties and became recognised as one of the innovators of ghetto house. In the 1990s he released records through the Dance Mania label and his reputation spread to Europe, where his tracks House-O-Matic, 2 B Free and Freak Like Me were big underground anthems that would go on to inspire acts like Daft Punk, Kill Frenzy and DJ Rashad. Deeon suffered with Hodgkin's lymphoma cancer, but a resurgence of interest in his music started again in the 2010s and he collaborated with Katy B and released the greatest hits EP Deeon Doez Deon in 2015 before returning to Europe in 2016.