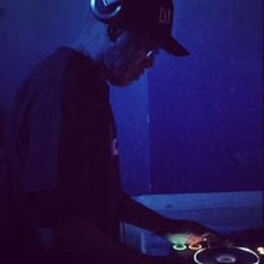 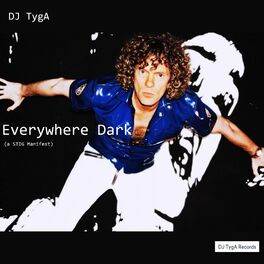 The Open Door to Jazz

Made In Toilet of A Plane

A Good Chill (with Jesus)

Dreaming in a Sense

DJ TygA is an experienced French artist. For more than 30 years, he has remained faithful to his conviction: to play quality music and to make his audience travel in his melodious universe. ​ "DJ TygA is surely one of the greatest artists in the world," said several journalists gathered in Paris to meet him. But, back to the career of DJ TygA. ​ Born in 1961, DJ TygA has never ceased, since his debut as a DJ in 1979, to shine in the world of Parisian nightlife with his constant musical contributions. Lighting up the dance floors of Paris, DJ TygA began his path to fame by inventing beats that have since become the pinnacle of distinction for any DJ/Electronic Music Artist. Indeed, who since then hasn't danced proudly to his frenzied rhythms! The inhabitants of the entire planet are grateful to him. One fine day in June 83, DJ TygA met ''HOUSE Musique'' and decided to conquer it thanks to his talent and especially to the rhythms he was creating. Many will say that: “What made me fall in love the most with DJ TygA was the depth of his rhythms! ". We remember!!! In 1996 he discovered at a Parisian record store, a disc by Jeff Mills entitled: The Bells. For DJ TygA it's a revelation. It is a major work that will make him create a mythical universe in the Techno Beats and Electronica genre. In 2003 he was back behind the decks in Barcelona. Inspired by Detroit Techno, he produces and plays in many clubs in Spain. ​ It was in 2003 in Barcelona at La Paloma then at the famous Ibiza Club El Divino that Thierry was noticed by the boss of the Danish label In The house records where he recorded his first live album: "Dj TygA - Iberia Vera - ITH Records - May 03 – House set Ibiza”. The following month, he played the mythical club of the time: Twilo (NYC). The same year, on the strength of his experience in the United States, he decided to return to Denmark. Gatherings with his increasingly large audience bring him the recognition that clubs and organizers are beginning to show him. ​ In the winter of 2005, new horizons opened up for DJ TygA, starting with Asia (Malaysia, Indonesia, Australia, New Zealand and China) and returning to Europe. Time passes, DJ TygA's music evolves, he remains passionate and totally devoted to it. His musical openness will quickly lead him to play in many clubs around the world. And DJ TygA has taken his flight cases to a huge number of clubs. ​ In 2008, he moved to Canada, in the Montreal area. The international press then echoes the name of this DJ who conquers the international dancefloors. ​ In 2021 he created his own label, DJ TygA records, published and distributed more than fifteen tracks and albums. And yes ! At almost 61 years old, his passion is still there and will remain so for quite a while!