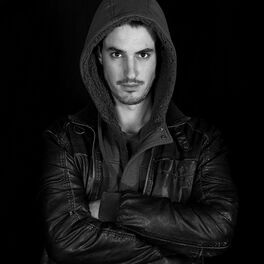 France-native LIL FISH unveils his newest musical masterpiece and first project with Gravitas Recordings, Organic. Alongside the title, the term “organic” is manifested in two unique ways within this personal and introspective project. First, it depicts the organic side of acoustic instruments. It illustrates the warmth and richness of ethnic instruments and the emotions that visual images may elicit. The tracks featured are mixed with deep, energetic electronic rhythm and atmosphere to travel along a musical journey. Second, it is organic by being rooted to nature, in connection with the essence of life. Organic contrasts with the technological world, which tends to distance people from the essence of life over time. This EP evokes the desire to become aware and to stay grounded through mind traveling music. Rocked by the sounds of artists such as Amon Tobin, Boards of Canada, Flying Lotus or Bonobo... LIL FISH mixes up Bollywood sitars and urban beats thanks to a timeless and vibrant music. LIL FISH uses samples and scratch as raw material to create a singular atmosphere specific to a universe that trifles with genres and like juggling between Trip-Hop, Hip-Hop, Dub, Dubstep, Jungle or Indie. LIL FISH is part of the The French Touch Connection and has collaborated with french electronic scene such as Al'Tarba , CloZinger (CloZee & Scarfinger ), Arure, Screenatorium, Ovalys and @LTRGK.