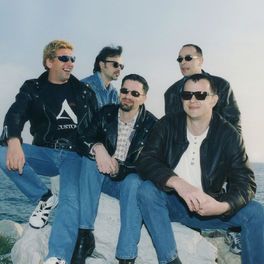 Daleka obala are the music icons of the '90s and one of the most popular bands in Croatia. Daleka Obala, which translates to “distant coast”, is a rock band from Split founded in 1985 by Marijan Ban, Jadran Vušković, Boris Hrepić and Zoran Ukić, and was active between 1988 and 2002. The band became famous through mixing modern rock and blues with local Dalmatian themes, and the use of the Dalmatian dialect in many of its songs. Autumn 2019 marked the 20th anniversary of the last studio album named „1999-2000“ which was and remains a synonym for the best-selling Dalmatian and Croatian rock of the 1990s. The album, full of symbolism, not only marked the turn of the decade, century and millennium in Croatian music, but also marked a turning point in the work of this band, whose members, after countless miles of sailing through the open seas of the music scene found their peaceful ports in other bands or pursuing a solo career. Its 20th anniversary was celebrated with the release of an LP titled "999", accompanied by a double vinyl reissue of the album "Uspomena" and a fantastic 4CD box set that brings music gems such as demo of their iconic song „Ruzinavi brod“ and a bonus edition of unreleased songs by Daleka Obala.