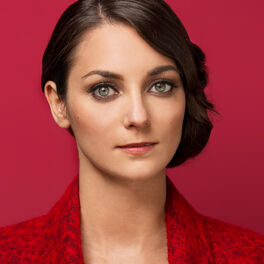 Boggie / All Is One Is All

Reason why we fighting

Boggie has released her first solo album in 2013, but it was not until January 2014 that she gained worldwide recognition. The music video of her song “Nouveau Parfum” has been viewed by more than 30 million people all around the world and her debut album skyrocketed to the 3rd place of the Billboard jazz list and to the 17th place of the Billboard world music list. Boggie also received worldwide media attention from the biggest TV channels and news sites. She released her second album titled “All is one is all” in 2014. Boggie is also a proficient live performer: she has played at the Jazz Sur Seine festival in Paris and at several shows in New York, Frankfurt, Munich, the Netherlands and extensively toured Hungary with her live band. She is not only a talented singer, but also writes her own lyrics and songs. 2015 started as a lucky year for Boggie: she was nominated as Glamour Woman of the Year, her videoclip for her single "Nouveau Parfum" got among the 17 nominees for the Highlights of Hungary awards and she won the Hungarian national selection for the Eurovision Song Contest with her song "Wars for Nothing".