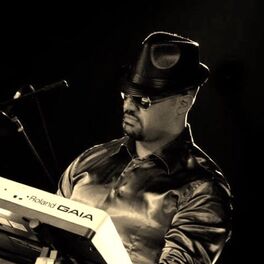 The Sound of Madness

Memories of a Blade

Silence, art name of Calogero Villareale, is an Italian electronic musician. His artistic career begins on the stage of the X ^ Edition of the National Award "Torre d’Argento" held in 2000 in Santa Maria di Licodia (CT). In 2001, under the XI Edition of the same cultural event, he was awarded the "Best Soundtrack". In the same year, he knows the musician and keyboardist Christian Stefanoni, with whom he completes numerous artistic collaborations. He subsequently realized the project "Shared Emotions" and the soundtrack of the short film "Come Marionette", an episode from the adventures of "Commissario Valenti" by Mario Bruno. Between 2009 and 2011 he made the album "Veniero", a soundtrack of the documentary about the Regal Submarine Sebastiano Veniero; publishes the albums "Sound of Electronic", "Silence plays Jarre" and "La Carezza di una Nuvola". The year 2011 ends with the concert "Veniero" held at the Official Circle of the Military Navy in Augusta. In 2012 he plays live the song "Shared Emotions" at the events organized by the Medici in Vena cultural association in favor of Telethon and ONLUS "BA.CO.DI.RA.ME" Association. Between 2013 and 2016, he released and released "Memories of a Blade", "Chaos", "Where Are You?" And plays live at the Reload Music Festival in Turin. In the same year, during the General States of Culture, he presented the album "Behind the Stars" to the audience of the Reggio Calabria Planetarium. Also in 2016, he was awarded the "Roma Videoclip" national festival for the production of the video clip on "Memories of a Blade". In 2017, along with singer "Litz", he released the single "It Will Be Blue"