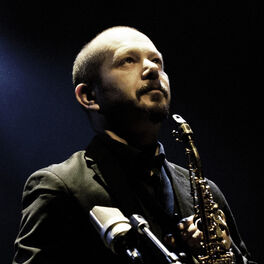 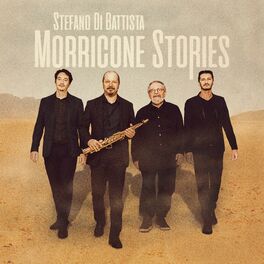 Gabriel’s Oboe (From "The Mission")

Peur sur la ville (From "Fear over the City")

Jazz For Traveling (The Sound Of Serenity with Jazz, Latin, Bossa, Smooth and Soft Touch)

Celebrated Italian jazz saxophonist and bandleader Stefano di Battista was born in Rome on February 14, 1969. He
immersed himself in jazz at a young age and start with the saxophone as a
teenager, greatly influenced by Art Pepper and Julian "Cannonball" Adderley. His desire
for a career in jazz solidified after meeting Massimo Urbani, but it was in the
early 1990s, after taking the advice of pianist Jean-Pierre Como to move to
Paris, that his career began to boom. He connected with several of the best
French jazz musicians at the time, and made his recording debut as a bandleader
with 1997’s Volare. He signed to the celebrated jazz label Blue Note who
allowed his to keep the Italian focus of his work even though he was entrenched
in the French jazz scene. He released five albums for Blue Note including his
self-titled 2000 LP, the 2004 Charlie Parker tribute Parker’s Mood, and
2007’s Trouble Shootin’. He challenged himself with his material on
projects like 2011’s Woman’s Land, which drew inspiration from famous
women throughout history, and he formed a regular working relationship with
vocalist Nicky Nicolai. Eager to collaborate with other musicians, he balanced
his own work as a bandleader with gigs as a sideman. His eclecticism was
underscored but the 2021 release of Morricone Stories, an album-long
tribute to the celebrated film composer Ennio Morricone.