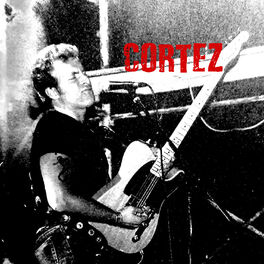 I'm Cortez, an Italian artist from Rome, known by my real name Alessandro Bagagli with my English production of 7 rock albums available digitally in streaming and download on the main e-music stores: "Under the Gun" and "Magic in the Air" (2013), "Shouted Songs" (2014), "Primal Life" (2015), "Live & Die" (2016), "Out in the Nowhere" (2017) and "Highways & Cigars" (2018). I was born as guitar player and now I am a multi-instrumentalist and an independent composer. I started in 1994 with PolyGram / Mercury under the stage name Alex Baggi and an Italian rock album called "Un po 'di Sentimento". After my experience as Alessandro Bagagli, I started a collaboration with artists from all over the world and in 2019 I released two projects under the brand The Eve, "The Eve" and "Entropy" and one single, "I’ll Make it Up for You" all available in all e-music stores for streaming and downloading. At the end of this experience, I wanted to start a new musical journey. I changed my name with a new stage name, Cortez and in 2020 I released two brand new works in Italian, two rock albums called "Poeta di Strada" (Street Poet) and "Nel Colore della Notte" (In the Color of the Night), both available for streaming and download on all e-music stores. My music journey has no music style rules. I write and perform what I like. So, always in 2020 I released a new disco funk and soul album "Come to Poppa", a tribute to Seventies' disco funk music of Studio 54. In February 2021 "Souled" came out: a soul funk album. But now... I'm back where I started... I played in hard rock and heavy bands. I was a vocalist. That's the way I started. I was young and my room was filled with vinyls and posters by Deep Purple, Led Zeppelin, UFO, Free... I must admit that there even was a cute poster of Cindy Crawford, hung up on my wall. "Arabian Nights" is the first single of my new album coming out soon. The single is out now and this song, with my new album, clearly show that the first love is never forgotten. Abrazo. Cortez