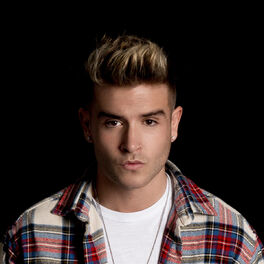 Chase The Sun (WILL K Remix)

The Hardest Drops - by Spinnin' Records

To have achieved what Danny Avila has at the age of 24 is phenomenal enough. To have done it with such integrity and passion makes it even more special. With a feisty production sound and a unique DJ style, he is a breath of fresh air in a world where many artists are happy to stick to the same formula. Danny Avila is passionate about music, and it shows. His music has been released on major labels including SONY, Interscope, Musical Freedom, Spinnin’ Records and Ultra Music. In 2017, he made the highest re-entry to the DJ Mag Top100 DJs 2017 poll at number 52, while in 2018 reaching number 38, being the only Spanish DJ in the list, emphasizing his powerful impact on the scene as of late. In Danny’s eyes, DJing is a form of art, hence the variety of genres from techno to big-room and from tech-house to trap, always finding a way to take people on a journey. This mentality has been a rewarding one to say the least, having achieved what many DJs can only dream of at 24. He also counts three compilations to his name: ‘Ministry of Sound presents: Danny Avila Live’, Space Ibiza’s ‘Ibiza Calling’ and DJ Mag UK Danny Avila’s Big Room Mix. Danny was the youngest artist to ever make the cover mount CD for DJ Mag UK. To top of his extremely long list of musical achievements, Danny Avila has collaborated with world-renowned fashion brands New Yorker, and tigha, who approached him due to his extravagant style. After starting DJing in his native Marbella at 12 and producing from the age of 13, Danny moved to Madrid at just 14 to cut his teeth in the city’s club scene, with the prodigious talent scoring gigs before he was legally allowed into clubs. “I knew it was going to be hard,” he says “but there was just nowhere for me to get any real experience playing out in Marbella and I’ve never let my age stop me doing anything. My older brother spoke to local promoters for me and that’s how I started getting my very first gigs. Tiësto soon followed suit, personally requesting Danny to play alongside him at Pacha Ibiza. “Danny can play for 10 hours, he can play different genres and can read the crowd. I see in him how I was when I was his age. He’s a burst of energy!”. It’s this exact mentality that remains an integral part of Danny Avila’s talent. Together with Tiësto, Danny toured across Asia, North America and Europe, and later again alongside Calvin Harris on the ‘Greater Than Tour’ arena series – which sold-out tens of thousands of tickets in a matter of hours. He was also part of a bus tour through the US, during which he played 28 gigs over the course of just 30 days. It’s these mega tours that were the perfect stepping stones for Danny to venture out and start headlining shows for himself, which is validated by the now endless list of top tier performances, including Coachella, Ultra Music Festival, EDC, Electric Zoo, Creamfields, Tomorrowland, TomorrowWorld, ZoukOut, Parookaville, Mare Nostrum, Nature One and Airbeat One, to LIV Miami and Space New York, and the legendary Life In Colour shows. Not to mention his residency in Las Vegas, making him one of the youngest resident artists ever and having his radio show MORE syndicated to Emirates Airlines on all their flights. 2016 also saw Danny starting to take on the role of a mentor to the next generation of artists, like Tiësto and Calvin Harris were for him. Danny was the official ambassador and judge for NYDJAY, which was the biggest DJ contest of its sort in Europe. With stops in seven major European cities, the contest was a first of its kind and Danny’s involvement is a testament to his abilities. While NYDJAY was entering its final weeks, Danny released his first official track of 2017, a remix for renowned singer Gavin James. Danny’s remix of „I Don’t Know Why“ immediately started charting and reached six million streams in no time after the release. Following up on this first big success, Danny released a remix for Tiësto’s track „On My Way“. Oh – and if all that wasn’t enough, he’s not only spearheading the next generation of superstar DJ/producers – he’s also pretty damn prolific at turning the ordinary into the extraordinary, when it comes to anything concerning a board. Verging on pro skate and snowboarder status, Avila also deservedly notched up 2nd place in the Spanish Wakeboard Championships, 7th in the European Wakeboard Championships and 12th in the World Wakeboard Championships. After successful singles (“Thinking About You“, “End Of The Night“, “BRAH“), stunning collabs (“Too Good To Be True“ featuring UK band The Vamps and one of the US’ biggest rap exports; Machine Gun Kelly.) and remixes for the ones like Tiësto or Gavin James in the past years + an international multi-single deal with SONY MUSIC, Danny Avila has lined up an impressive array of releases in 2019, including collabs with Deorro, NERVO (again!) and Will Sparks. With a massive eleven-shows-tour through China’s ever-growing club culture last year Danny made one of his biggest announcements to date — and his future has just started. His touring schedule keeps him busy at shows in Mexico, China, Germany, South Korea, Austria, Spain and many more countries around the globe. You can be sure that Danny Avila is here to stay.