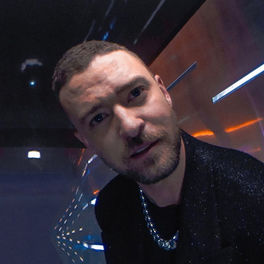 Man of the Woods

What Goes Around... Comes Around The Remixes

My Love: The Remixes

Raised in Tennessee, Justin Timberlake's career began in 1993 when he joined The Mickey Mouse Club, where cast mates included his future girlfriend Britney Spears. He recruited another member of the cast, JC Chasez, to join him in the boyband 'N Sync who went on to mass success with their 'No Strings Attached' album selling ten million copies. Timberlake, the group's star, released his first solo album 'Justified' in 2002 and with intense media interest surrounding his every move Timberlake's fame rocketed. His clean-cut image took a jolt when Janet Jackson had a wardrobe malfunction while singing with him at the 2004 Superbowl but, with second album 'Futuresex/Lovesounds' filled with irresistible dance sounds, single 'SexyBack' topping charts all over the world, studio collaborations with everyone from 50 Cent to Nelly Furtado and movie offers coming from all directions, he's remained one of America's hottest properties.

In 2008, after picking up two Grammy Awards, he took a break from his music and turned his hand to acting. He landed a lead role in 'The Social Network' in 2010 which he followed in 2011 with 'Bad Teacher', 'Friends With Benefits' and 'In Time'. He returned to the studio to record his third solo album 'The 20/20 Experience'. He performed at the White House Memphis Soul concert in 2013 and then set out on tour with his 20/20 Experience World Tour. 'The 20/20 Experience - 2 of 2' was released in 2013 debuting at number one on the Billboard 200. In 2016 he lent his voice to the lead character in the animated adventure 'Trolls', for which he also penned the theme tune 'Can't Stop the Feeling'. The song was released as a single, topping charts around the world and was named the best-selling single of the year with more than two million copies sold.

Just two days before headlining the Super Bowl halftime show in February 2018, Timberlake released his fifth studio album, 'Man of the Woods'. Shortly after he announced a world tour.