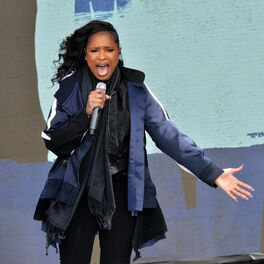 Remember Me (The Remixes)

No One Gonna Love You Remixes

On Top of the World

You Will (The OWN Song)

One World: Together At Home

Though her early days as a singer included a stint working on Disney Cruise Lines, Jennifer Hudson first shot into the limelight back in 2004 when she became a finalist on hit US TV talent show American Idol. Though she failed to win the competition (despite being favourite), her star continued to rise and she was soon performing alongside the likes of Cuba Gooding Jr, Eddie Murphy and disco diva Beyoncé in the film version of popular Broadway musical Dreamgirls. Taking the film industry by storm thanks to both her acting and vocal talent, Hudson picked up both a Golden Globe and an Academy Award for Best Supporting Actress, as well as creating a dedicated audience and building a successful platform from which to launch her solo singing career. Keen to get back to her roots and into the studio, her eagerly awaited eponymous debut album followed in 2008, spawning the worldwide hit Spotlight. Sadly, since that time, the artist has been forced to take a break from her career in the wake her mother, brother and aunt being killed in a tragic shooting.