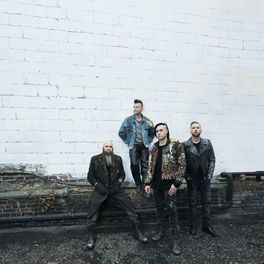 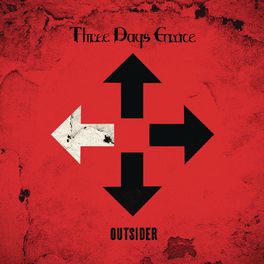 You Don't Get Me High Anymore

Originally formed as a high school band in the small Canadian town of Norwood, Ontario, Three Days Grace spent years slogging around the independent scene as grunge throwbacks Groundswell, before reaching their tipping point, changing their name and honing a bigger, beefier sound. It was their last shot at fame and it worked.

The band was signed up by Jive Records on the strength of their newly recorded demos and moved to Woodstock, New York to record debut album 'Three Days Grace' in 2003. Led by Canadian number one single '(I Hate) Everything About You' the album went platinum in the US but their success led to front man Adam Gontier developing an addiction to the painkiller OxyContin. He wrote about the experience on follow-up 'One-X' (2006) adding impassioned honesty to the band's hard rock bombast and taking the album to number five in the US charts. The band toured with Nickleback, Staind and Flyleaf before third album 'Life Starts Now' (2009) reached number three in the US, confirming their status as one of Canada's biggest rock bands.

'Transit of Venus' came in 2012 followed by 'Human' in 2015, which came along with the departure of front man Adam Gontier. After a series of tours around the world, they returned to the studio to lay down their sixth album 'Outsider' which they released in 2018.