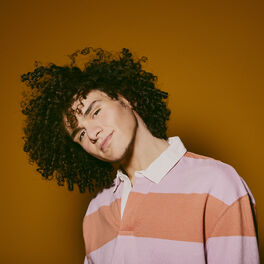 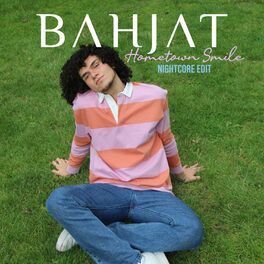 Us Against the World

Do you remember me?

You Got That (Hometown Smile)

Born and raised in sunny Tripoli, Libya, Bahjat started singing at the tender age of two, and later picked up a guitar when he was 13 years old - marking the age where he would also start writing songs. Although reserved as a teenager, Bahjat found his confidence and courage when he performed and wrote music. When he was 15, his mom, who always encouraged him to explore his artistry, bought him a small webcam, and through that he uploaded his first YouTube cover, unaware that his passion for music would soon turn into something bigger. When the Arab spring started in 2011, Bahjat and his family fled to Malta, which was a major turning point in their life. Bahjat coped with these changes happening around and within him by continuing to write music, which led him to a road of self-exploration and helped him develop a vision for his future. “I’ve always felt that I never entirely belonged to one place, and that used to scare me, but I’m slowly starting to realize that home is wherever you find love and acceptance... and I’m embracing that instead of being afraid of it.” Writing music and performing was not enough for Bahjat. Fascinated by the music business, he spent many of his days learning about how the industry works and sharpening his entrepreneurial skills. He did not want his music and vision to depend on others, so he took it into his own hands. In the fall of 2017, Bahjat stumbled upon an opportunity to spend a few months at Musikmakarna, a pop music academy in the north of Sweden, and that was when he decided to pack his backpack and never look back. Growing up a fan of pop music, Sweden was a good fit for Bahjat. In the academy, he met his songwriting and production heroes Max Martin and Johan Shellback, who encouraged his talent. After spending 6 months at Musikmakarna, Bahjat built a network of people that enabled him to later move to Stockholm and focus on nurturing his career. Bahjat’s success on platforms like Spotify caught the attention of Swedish media outlets such as Aftonbladet, where he was interviewed and hailed a “Swedish hero”. Later on, he was invited by multiple Swedish youth organizations to perform and share his story, and amongst those organizations was Project Playground, an organization co-founded by Princess Sofia of Sweden. In between writing and releasing music, Bahjat devoted a large portion of his time to growing and interacting with his fanbase. Bahjat’s releases have independently accumulated over 20,000,000 streams across on-demand streaming platforms, and over 80,000,000 collective YouTube views, which got him noticed by several major record labels who expressed interest in his work. Still, he decided to continue releasing music on his own. The music journey Bahjat started when he was 15 still continues. Breaking new grounds, exploring opportunities and turning the impossible into the possible, Bahjat continues trusting his gut instinct and doing things his own way, inspiring the youth to be more fearless when it comes to dreaming, believing in themselves and realizing their own visions.