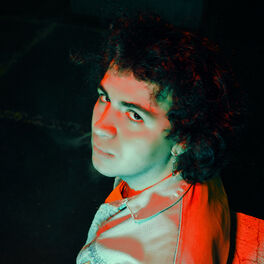 José David Tapia Pastrana better known as David Tapia, a Mexican Latin Pop singer and producer known for his varied voice and romantic style when singing. His early singles, “Trago Amargo," "Recuérdame," “Diablita” and "Enamórate," captivated with listeners worldwide for its original style envolved with influences in Rock Pop, Reggaeton and Latin Trap. Born in Mexico City on March 25, 1997, since he was a child he began to show interest in music influenced by his family, he recently began to produce his music at a professional level because he wants his message to be heard all over the world and there is no better way to do it than music, "Music is the universal language and goes hand in hand with emotions." His audience is fascinated with his "clean, energetic sound and with a positive message," so far David has released 10+ singles, despite having released so much music he continues to devote much of his time in producing new songs and collaborating with emerging talents with which he wants to grow hand in hand.