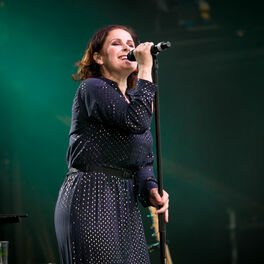 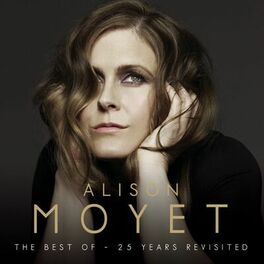 The Best Of: 25 Years Revisited

Yearning for the Infinite

Alison Moyet's music career began with a brief stint tuning pianos before becoming involved in a number of punk rock and blues bands, most notably The Vandals and The Screamin' Ab Dabs. However, it wasn't until 1981 that fame knocked on the door. Working alongside former Depeche Mode songwriter Vince Clarke, she formed synth-pop group Yazoo, which was later shortened to Yaz. They enjoyed some commercial success, with hits including 'Only You', 'Don't Go' and 'Situation', before disbanding in 1983.

Moyet then embarked on a solo career, releasing her debut album 'Alf' a year later. This was to become the artist's biggest success story, quickly reaching number one in the charts and playing host to three of her greatest singles to date - 'Invisible', 'All Cried Out' and 'Love Resurrection'. The following year she covered Billie Holiday's famous jazz standard 'That Ole Devil Called Love' before co-writing another chart topper 'Is This Love' with Eurythmics star Dave Stewart. Her rise continued into the late '80s and '90s with her second and third solo albums, 'Raindancing' and 'Hoodoo'. A fourth album followed in 1994, with greatest hits compilation 'Singles' hot on its heels a year later.

A steady stream of work continued into the 2000s, as well as a starring role as Mama Morton in the West End musical 'Chicago' in 2001. She released an album of covers, 'Voice', in 2004 an earned herself a top ten spot once more in the UK Charts. 'The Turn' came later in 2007 followed by a brief runion with former Yaz bandmate Clarke. She toured with Jools Holland in 2010 and began work on her next album but its release was delayed after disagreements with her label. A label change came with remastered versions of previous albums before her new material, 'The Minutes', was released in 2013. The album charted at number five and Moyet reclaimed her place in the ears of the British public. She reissued her first four studio albums - 'Alf', 'Raindancing', 'Hoodooo' and 'Essex' - in 2016 as deluxe editions with b-sides, remixes and previously unreleased tracks. Her ninth album 'Other' was released in 2017.