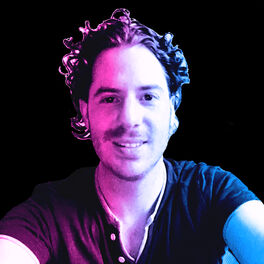 ”The Candlelit Piano Sessions - 30 Tracks for the Perfect Ambience”

by Baby Sleep Through the Night, Piano Soul, Piano Prayer

Bastian Maier, a.k.a. piano soul, is an independent pianist, composer, producer and singer-songwriter. From the moment he took his first piano lessons at the age of nine he has been drawn to the keys. He has been particularly taken with Franz Schubert, Ludwig van Beethoven, Sergei Rachmaninoff and Claude Debussy. Contemporary composers who inspire him today are Max Richter, Ólafur Arnalds, Stephan Moccio, praam, SYML and Yann Tiersen, to name a few. Unlike most traditional piano students, however, his growth as a musician and composer was not so much based on learning to play songs from sheet and studying up on music theory (both of which are still not his strong suits). Instead, from the start, his access to music has been an intuitive, hands-on musical exploration. Mostly playing with his eyes closed and for hours on end, he simply allowed his fingers to improvise on whatever emerged in the process. Already back then he has been sensing that the intensity (emotion), depth (soul), and unrestrictive nature (space) of music called for an instinctive rather than conceptual/intellectual approach. While being deeply informed by his classical background, piano soul is home to many musical genres. From Blues (Covid-19 Killer Boogie-Woogie) to Pop in singer-songwriting pieces, his music is evocative, emotive and cinematic. Music is able to move us so deeply because it connects us with our inmost essence, and piano soul aspires to reach into this very space.